Death of a Te Arai settler 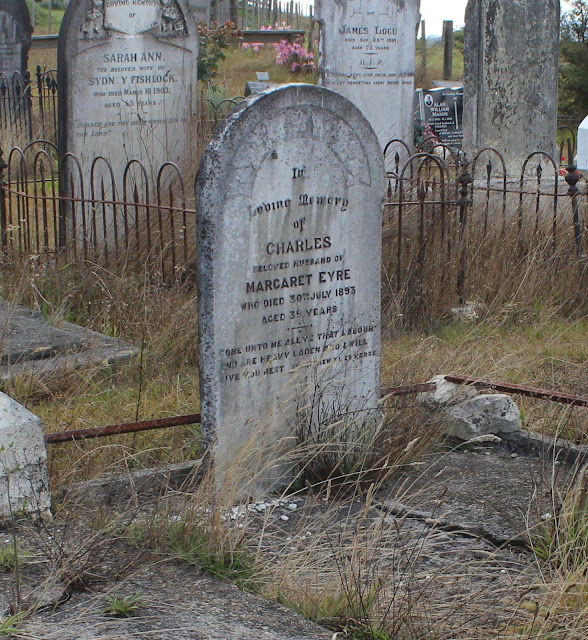 Photo taken at Te Arai Cemetery
I regret to have to record the death of Mr Charles Eyre Junior originally of Sheffield, England -  fourth son of the late Mr C. Eyre of Te Arai Point and one of the oldest settlers in the area. He has been ailing for some time and after a short illness in bed he expired on Sunday 30th July aged 39. He leaves a widow and 2 children,  a boy and a girl, well cared for. Dr Montain attended the deceased who was suffering from inflammation of the lungs. He was much respected and although not taking a very prominent part in local affairs, he was always willing to assist when requested. The funeral took place on 1st August and was largely attended, there being 150 horsemen besides those on foot. The deceased was buried at Te Arai Cemetery and a verse of "Rock of ages" was sung, this closed the career of one whom to all appearance was destined to a much longer life.
Article from: New Zealand Herald - 5th August 1893 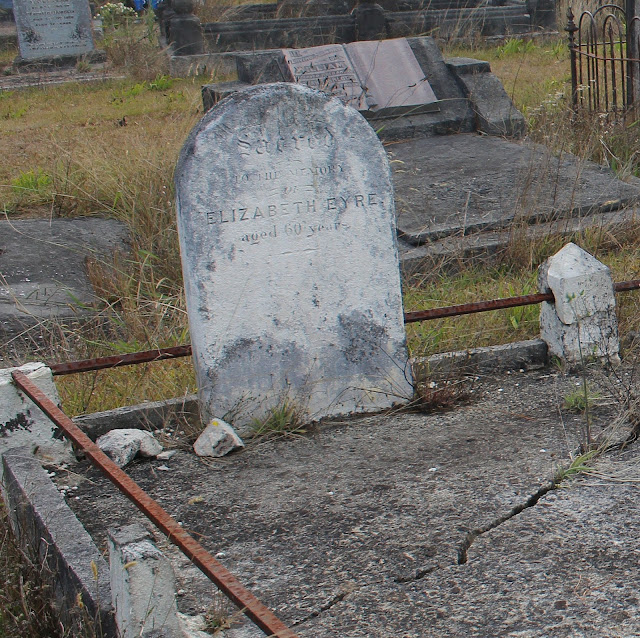 His mother Elizabeth Eyre is buried beside him having died in 1885 aged 60 years old also originally from Sheffield, England. Her husband Charles Eyre Senior for some reason is buried in Symonds Street Cemetery, Auckland after he died in 1882.
Join us on Facebook at the Northland Heritage Group https://www.facebook.com/groups/1109709272401824/
Email Post
Labels: charles eyre elizabeth eyre te arai cemetery te arai settlers

Amy said…
@Tom, this one is quite an old cemetery kind of like in the middle of the countryside off a private road, not many people go there so it's not really well looked after.
April 10, 2021 at 8:05 AM