Highways and byways: the bridge of ire 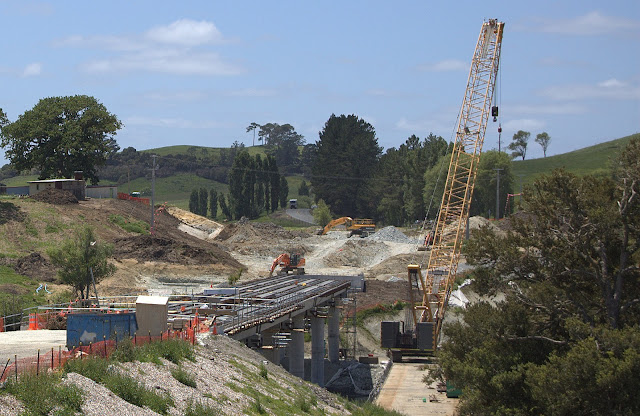 It was a sense of relief for all concerned when it was announced by the New Zealand Transport Agency; the two notorious one-way bridges on State Highway 12 were going to be, at last, replaced and the road realigned. Travelling twice-a-day over Hardies Bridge especially is an experience consisting of slowing down before the tightly cambered corner, taking a deep breath and pray the car on the give way is going to stay there. The crossing is made, to the sound of clanking metal, creaking boards and cracked roadway. However, back in the early 1870s a bridge, such as the present one we all want to vanish into oblivion, would have been a godsend.

Initially, what is now called State Highway 12, was once, little more than a surveyor’s line and a rough bullock track. It took hours to get cattle and carts across and hope the tide didn’t come in too quickly. Tenders for a stone causeway to cross the Matakohe River were advertised by the local road board in May 1873.

Three years later a traveller in 1876, took note of the stone causeway built across the waterway and suggested a bridge was very much needed:

… It is the only break between the east and west coasts, and should really be seen to. There are no obstacles of an engineering character to contend against, therefore a bridge should be erected, in order to make the main trunk road effective…

In short, the lack of a bridge over the river was an inconvenience that needed to be rectified – sooner rather than later and thus open up access to the isolated settlements scattered across the newly settled lands.

Finally, in 1880, a wooden bridge had been constructed by local sawmiller, Richard Smith, much to the relief of the residents of the now growing settlements in Otamatea. The bridge underwent several lots of repairs during its many decades of service, until 1927; when it was replaced by the present structure. The 1927 bridge was constructed by Gwynn and Son for the Public Works Department: ‘…The bridge, which replaces an old and dangerous structure, is of concrete piers and abutments, rolled steel joists and hardwood superstructure…’

By summer 2019, the old creaking one-way bridge of ire will no longer be used for vehicular traffic, and no more will we take a breath, hope the driver on the west side stops at the give way mark and make the crossing over an old icon of days long since faded to memory.
Email Post

Evi Erlinda said…
thank you for your sharing a bridge development in New Zealand.

Andrea said…
Oh i didn't know that even in those parts of the world, there are also some bridges that are the same as ours in the developing world.
November 14, 2018 at 8:38 PM

New Zealand is a very westernised country. We're similar to the USA and other developed nations.
November 15, 2018 at 6:16 PM