The Dargaville Memorial Band Rotunda Circa 1928 Many years a go my grandmother mentioned to me about the band rotunda in Dargaville and of the activities she and Grandpa used to be involved with. Grandpa had a sweet shop in the township next to what was the old picture theatre. Nana was a member of the Bradley clan and was born at Te Kopuru. When she was just a girl of thirteen her parents decided to move along with their villa on a barge to River Road. The property is still standing and is now part of the River Road Historic area. Grandma and Grandpa Bradley had a house just near by and this property is also included in the heritage area. A plaque on the side of the rotunda commemorates the men of Dargaville who fell in World War 1. The structure is a registered Category 2 Historic place with the NZ Historic Places Trust Reg: 3851 and was registered in September 1984 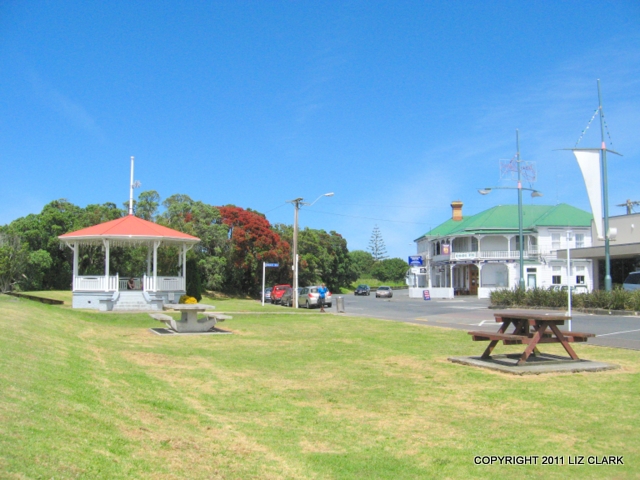 Situated on the reserve opposite the Central Hotel the rotunda is used even today for many events. The idea of the band rotunda was first discussed at a meeting in 1919 as one of the proposals for a memorial to the men of Dargaville who had fallen during the great war.

MEMORIAL TO FALLEN SOLDIERS
A public meeting last evening decided to acquire a park of eighteen acres at Mangawhare as a Northern Wairoa memorial to fallen soldiers.

"Mr Hayes proposed the erection of a band rotunda on the esplanade; with a concrete foundation and, perhaps, eight marble pillars, on which would be inscribed the names of those who had fallen They had to consider pounds, shillings and pence —the present proposed expenditure and the future upkeep, He estimated that the band rotunda would cost £800 and the upkeep would be a mere fraction Moreover, Dargaville would undoubtedly recognise its responsibility and improve the water frontage."

Other proposals included a memorial institute,  sports ground and park at Mangawhare,  purchase of Dargraville Club as a Soldiers' Club.The meeting resolved to purchase land at Mangawhare for a park. However the idea of the band rotunda, was not lost. 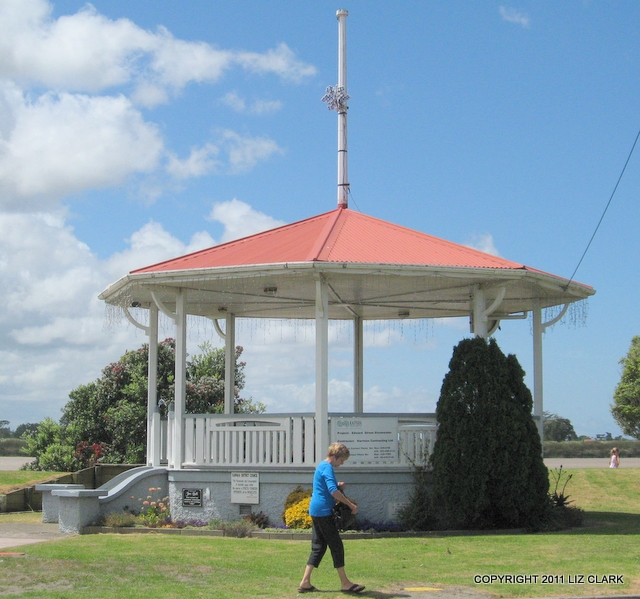 On 16 May 1928 the wife of Prime Minister Joseph Gordon Coates unveiled the band rotunda we see today.


A Press Association message from Dargaville states that the Prime Minister had a busy day in Dargaville yesterday. From 9 a.m. till 2.30 p.m., with only a brief respite for luncheon, he was attending to deputations, both private and public. In the afternoon he delivered an address at the unveiling ceremony, which was performed by Mrs. Coates, of the Soldiers' War Memorial Band Rotunda, erected at a cost of nearly £300 by public subscription in memory of the men from Dargaville who fell in the Great War. There was a very large attendance of the public. The Prime Minister left shortly after the ceremony for Paparoa, in the southern portion of the electorate, where he delivered apolitical address. He leaves for Wellington, via Auckland, to-day.