History of the Pahi Hotel 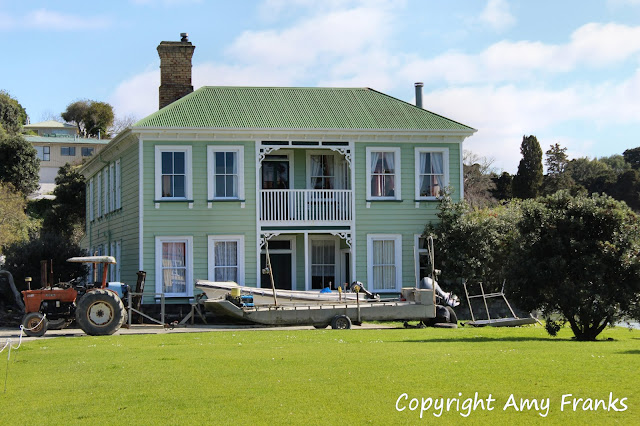 One of my favourite places in the Kaipara district is the Pahi Hotel which is located on the shores of Pahi Beach designed by architect John Currie of Auckland. This baby is now a private residence that was rebuilt after a fire in 1897, I suspect it was built before 1884 as an owner named William Hull was made bankrupt and the hotel was sold. 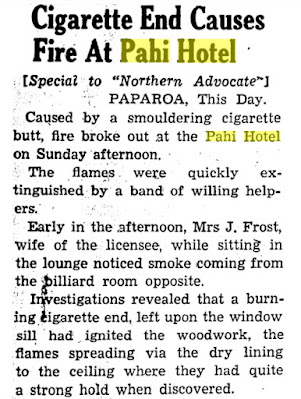 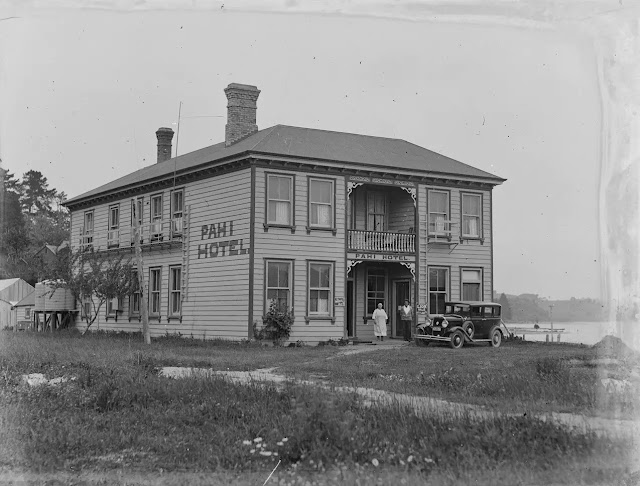 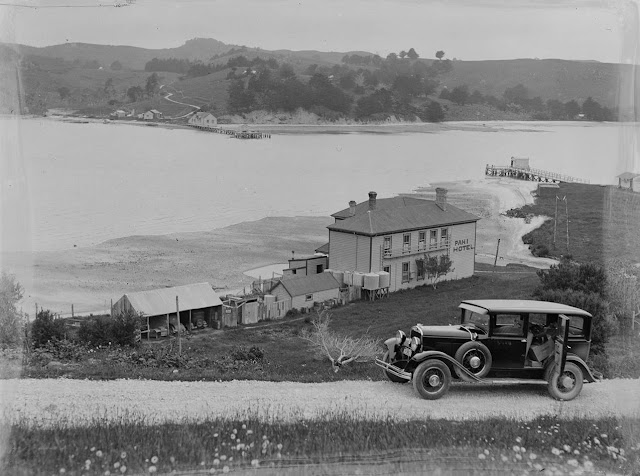 Photo from Auckland Museum by Tudor Collins
Not sure who owns it now but it sure does have a colourful history such as births, bankruptcies, fires, police prosecutions and court cases. There are rumours that at some point it was a brothel but so far I have yet to find any evidence. The hotel was closed in 1955 and the licence was transferred to the nearby Paparoa Hotel.
Join us on Facebook at the Northland Heritage Group https://www.facebook.com/groups/1109709272401824/
Email Post
Labels: kaipara history pahi hotel tudor collins

Hels said…
Thank you. I am not even sure what you would call this type of architecture. It is very different from any other pubs I have seen.
December 29, 2020 at 11:58 PM

Graham Edwards said…
It's always interesting to read about the history of old buildings.
December 30, 2020 at 5:06 AM

Billy Blue Eyes said…
Nice looking building spoiled by the boat and tractor
December 30, 2020 at 7:45 AM

Amy said…
Yeah sadly there's not much I can do about the boat and tractor in front of the hotel, I'm guessing it's up to the owners about what they do on their property.
December 30, 2020 at 12:50 PM