In Loving Memory of Thomas Hansen 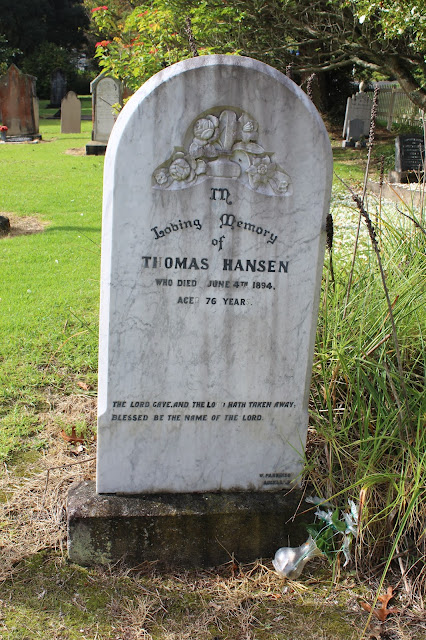 In Russell's Christ Church Cemetery outside the church this headstone is one of many belonging to the residents who lie in peace there. This one is for Thomas Hansen was born in 1818, the third in his generation to have the same name. He was baptised by Reverend Butler (New Zealand's first cultivator of the land) then as a young man travelled to Sydney for a few years upon just before the Treaty of Waitangi, returning to the Bay of Islands where he owned a cattle station either at Mimiwhangata or Purerua. While in Sydney he married Elizabeth Huckstepp who was a dressmaker from London and because Thomas was raised beside the Rangihoua Pa he became fluent in te reo as did his brothers and sisters.
From what I can find out Thomas and Elizabeth sadly did not have any children of their own but he was well known for his hospitality and as a horse breeder. When his father died in 1874, Thomas inherited a small 5 acre block of land at Te Koutu where his younger brother John was farming. Unfortunately his friendly reputation was part of his dismissal from the farm at Mimiwhangata  as stories about his entertaining people and keeping horses as his boss's (Hamlyn Greenway) expense spread around the district.  Thomas then moved to a coastal block at Otaha, south of Matauri Bay, he still owned and lived on this farm when he became ill in 1894 before moving to Russell for medical care and then passing away on 4th June 1894.
in us on Facebook at the Northland Heritage Group https://www.facebook.com/groups/1109709272401824/
Email Post
Labels: christ church cemetery elizabeth huckstepp hamlyn greenway reverend john butler russell history thomas hansen

hels said…
A headstone is visited by those who loved Thomas. So it should mention his parents, siblings, wife, any children.. with love.
October 28, 2021 at 12:33 PM 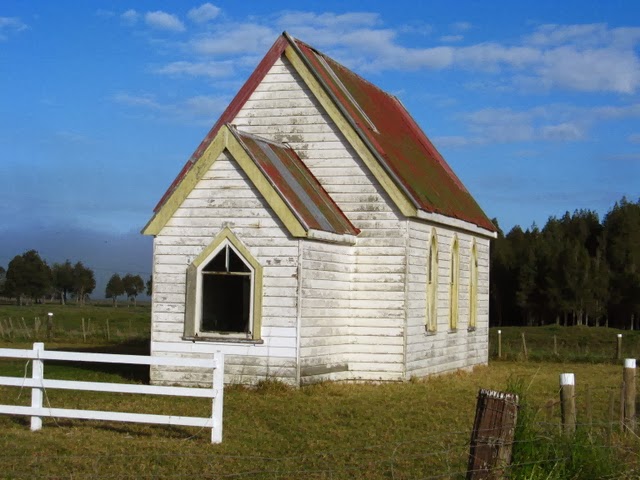