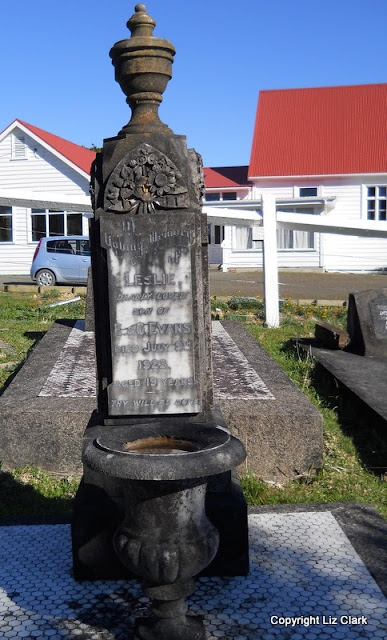 I took a drive out to Tinopai today. On the way back I stopped in at Hook Rd, Paparoa and got some photos of the old headstones at the Paparoa Methodist Cemetery. This headstone in particular had my interest. The inscriptions reads:

Leslie, was in the prime of his life, when he had a tragic fall from his horse. The incident made it to the New Zealand Herald, Auckland Star, and the Northern Advocate.

Leslie was out with his brother Tom Evans, at Mareretu, trying to muster in a cow and calf. The animals had proven troublesome. Leslie had gone after the animals, when the horse he was riding stumbled, resulting in him being thrown onto the ground. (Auckland Star 9 July 1923). After the fall, Tom carried his brother to the McCarroll homestead and was attended by Dr Dukes. Unfortunately, Leslie died as a result of  the injuries sustained due to a fractured skull. In the closing paragraph the Auckland Star recorded;

"He was a popular boy, and an expert horseman, being well known as a prize winner at local shows." 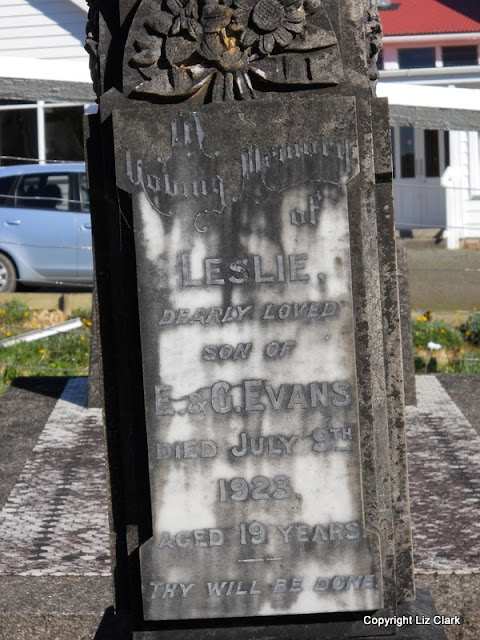