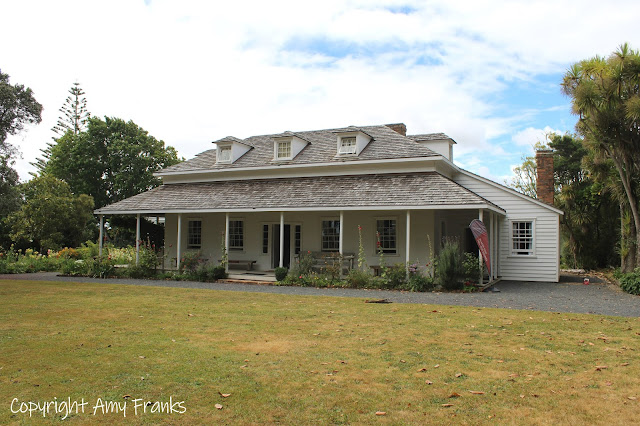 We enjoyed a tour of the Waimate North Mission House last week and learned quite a few interesting facts. Above is how it looks now, below is how it looked around the 1830s or 1840s: 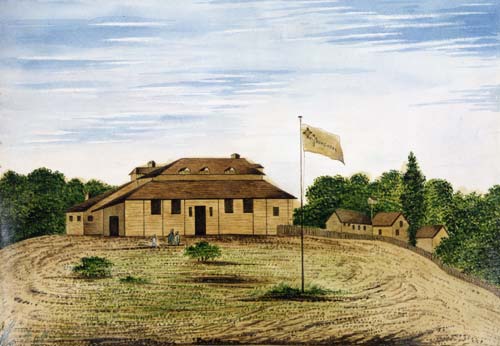 In 1831 the Reverend Samuel Marsden established a mission farm here on behalf of the London based Church Missionary Society and in agreement with local Nga Puhi with the aim of teaching farming and trade skills to Maori but later on changed became a theological college. 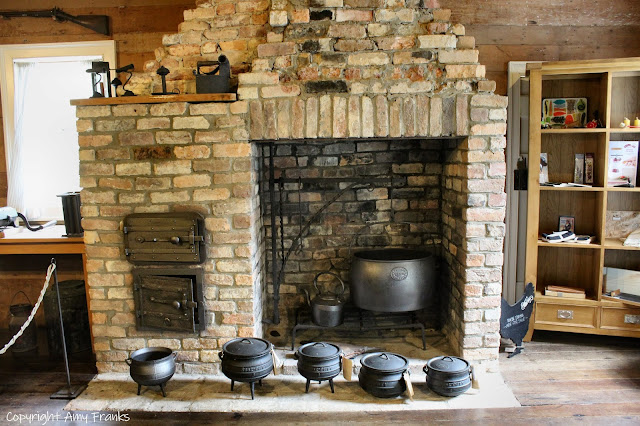 The members appointed to establish the mission were the Reverend William Yates and lay members Richard Davis, George Clarke and James Hamlin. 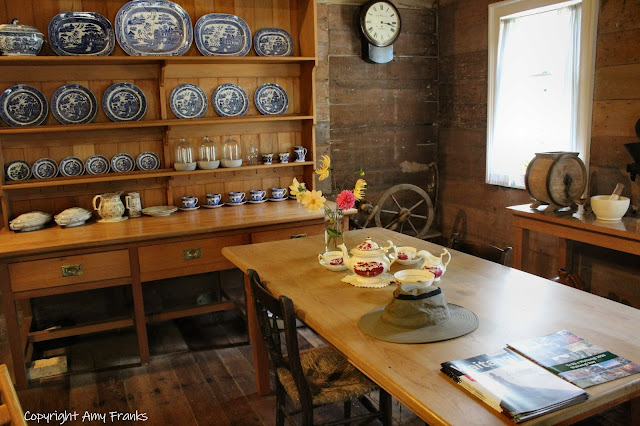 In 1835 William Williams, his wife Jane and their children moved there where William continued his work of translating the bible into Maori language. Inside is the entry into the kitchen and dining room - you can see  the fireplace and range where wood would've been used and this would've been on a constant heat due to the house being uninsulated. They tried to use the house to promote the the idea of Pakeha civilization and colonisation. Apparently according to our guide all of the china, plates, butter churn etc are from the 1800s and belonged to Jane Williams. 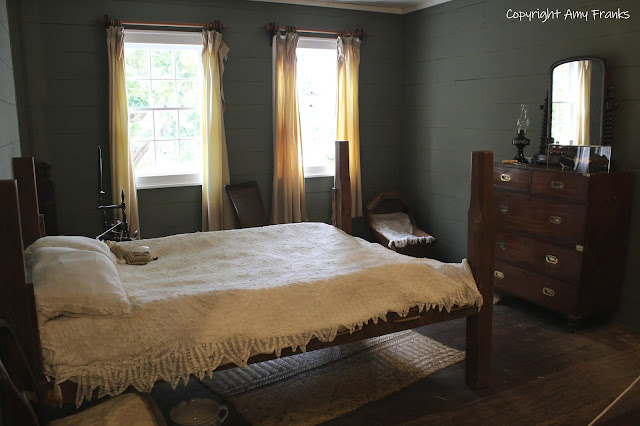 This is the master bedroom which William and Jane used along with the original furnitre and bedding. The bed itself has supporting ropes under the mattress which are tied to the wooden bed frame - I don't think this would've been very comfortable at all. 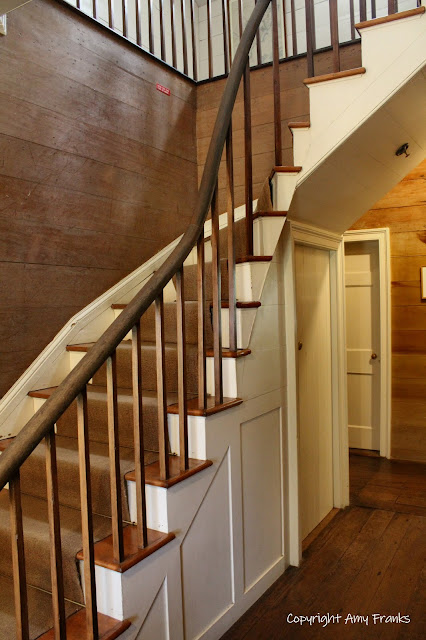 The stairway upstairs and the hallway leading from the front door to the downstairs bedrooms. Fyi a boarding school was transferred to here from Paihia in 1839 in which Richard Taylor succeeded William as principal of the Waimate Boys School in that same year. William and his family then moved to Poverty Bay to start a mission there, George Clarke moved into the house and occupied it until he left and moved to Auckland where he took part of land negotiations. In each room there was a brick fireplace, this room was known as the parlour. Along with this house was eventually added 3 wooden houses for missionaries, a flour mill, a printery, carpenter's shop, brickworks, blacksmiths, school and the church. 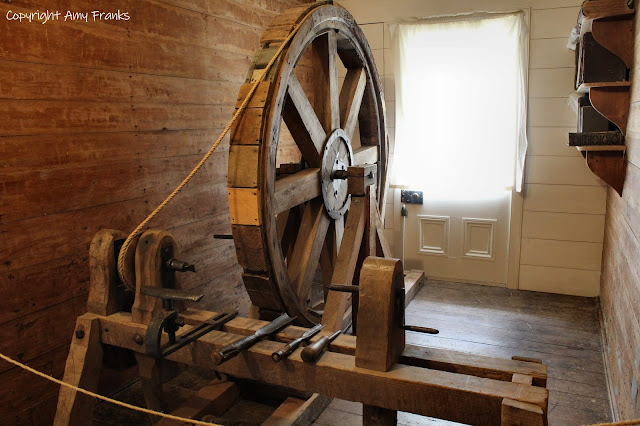 Part of the carpenter's shop was this large wooden lathe and some of the tools that remain.  The reason that all of these industries were begun was Samuel Marsden hoped that Maori would be educated into European culture while making the mission pay it's way by making goods to sell for the European shipping industry. 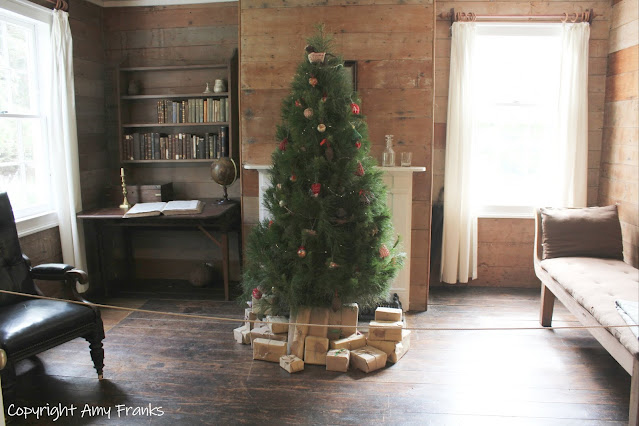 In December 1835 Charles Darwin visited and spent 10 days in the Bay of Islands, he apparently used one of the rooms in the house as his office. 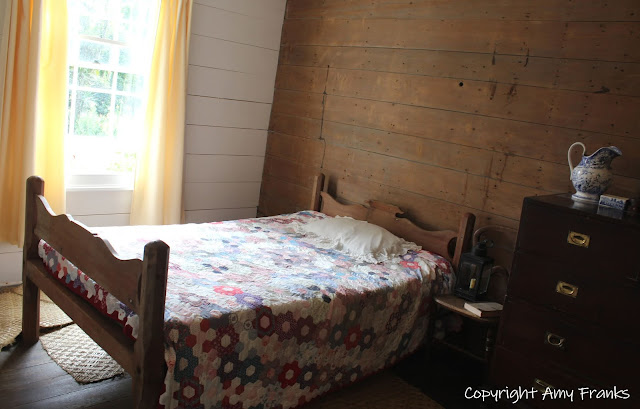 A spare bedroom that was used by some of the missionaries while they stayed here. 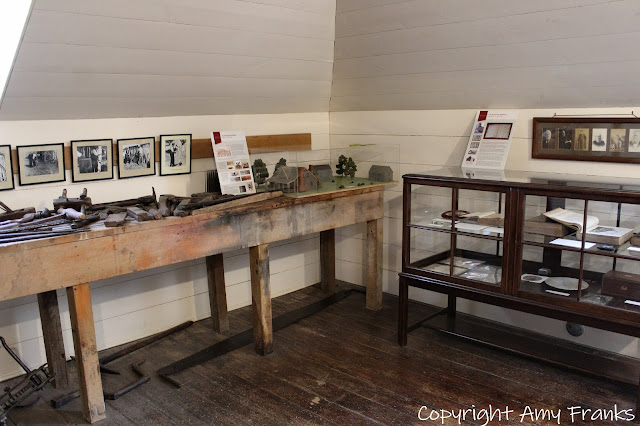 Upstairs is this section in the photo above and below mostly containing photographs of the people that lived and worked here along with various farm machinery, books and diaries. 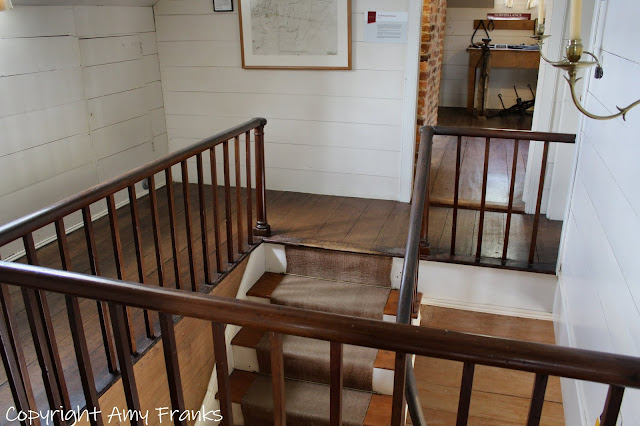 Unfortunately the attempt to force European culture onto Maori failed and the station was gradually run down with the business being moved to Auckland in 1844. 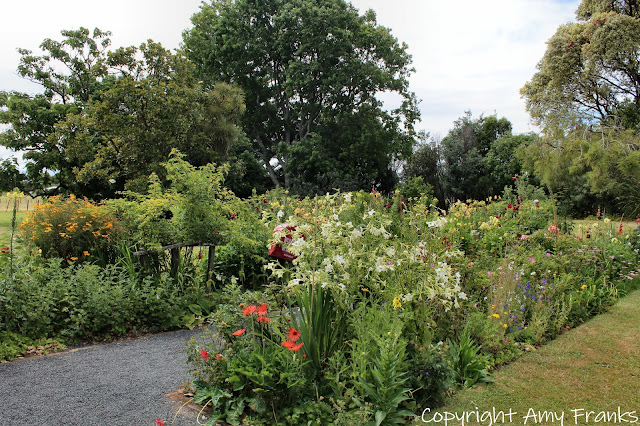 The garden at the back of the house containing many flowers and herbs that were originally bought over from England, a very old fashioned garden. The property was also the site of the second signing of the Treaty of Waitangi. Today what is left is under the care of the Historic Places Trust.
us on Facebook at the Northland Heritage Group https://www.facebook.com/groups/1109709272401824/
Email Post
Labels: church missionary society colonization historical buildings historical new zealand maori culture new zealand history Samuel Marsden treaty of waitangi Waimate North waimate north mission station