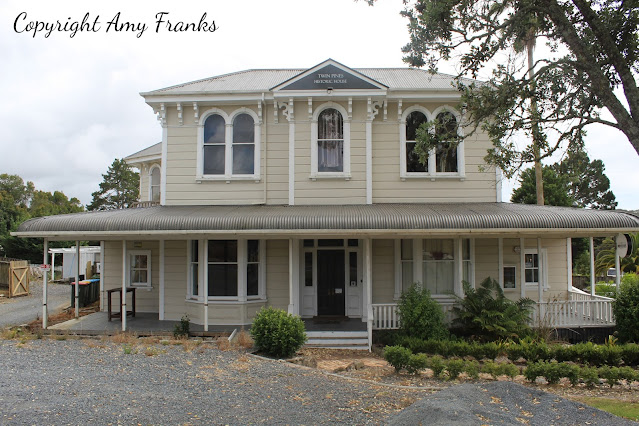 I've passed this property several times over the years and finally last week I was able to get a photo of it. The Twin Pines Manor House is smack bang in the middle of Haruru on the outskirts of Paihia in the far north of New Zealand.
I was surprised to read that it was originally located in Auckland's Khyber Pass and built in 1895 for Presbyterian Social Services. It was meant to be demolished in 1981 to make way for a carpark but was saved by John, Gordon and Mamie Putt who had it moved here.
It is a category 2 Heritage NZ listed building and it's so good to see it here being used. The name came from a pair of Norfolk Pines said to have been planted by an early settler in memory of her deceased children - only 1 stump remains.
After closing in the late 1990s the grand old door was unlocked and the building was used occasionally for fund raising events then in 2017 it was purchased by the now owners Trudi Tasker and Brent Wagstaff. 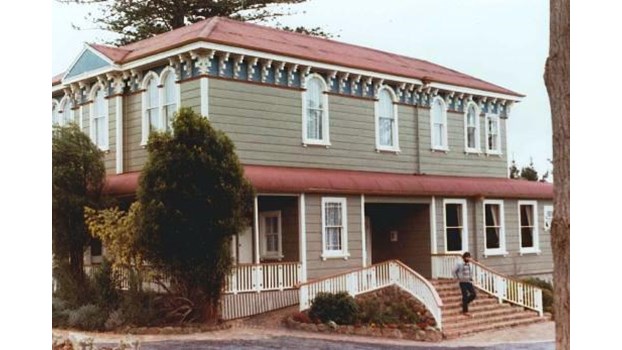 local alien said…
That is a beautiful old building. I love those wrap around terraces.
February 12, 2021 at 7:22 AM

Stevenson Q said…
Oh dearest Amy! That portion of those vistorian houses where you can sit down and look at the streets, not sure if that is what is called the patio, is something I would love to have on my future home :)
February 19, 2021 at 5:34 AM