The story of Tamati Waka Nene 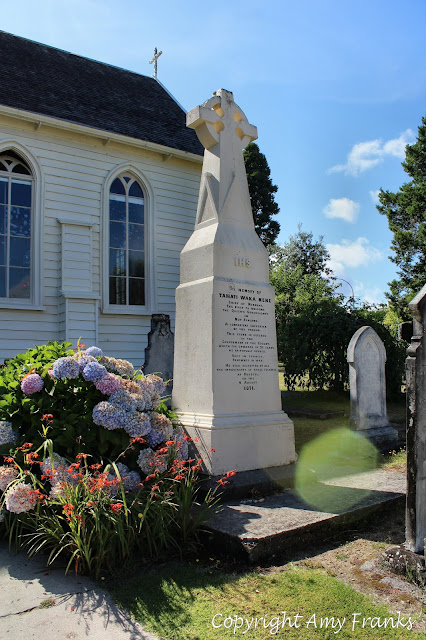 This large memorial over the grave of Tamati Waka Nene aka Thomas Walker is located in Russell in the graveyard of Christ Church's Cemetery. Now Mr Nene is very very important to this area.
Apart from having the honour of being the Rangatira or chief of the Ngati Hao people in the Hokianga of the Ngapuhi iwi and leader he was probably born in the 1780s and died in 1871. He fought in the Musket Wars of the 1820s, and after the death of Hongi Hika he took on responsibility for protecting the Wesleyan Mission at Mangungu. During the 1830s he became a supporter and an obvious believer of the faith althought he wasn't baptised until 1839 when he took on the baptismal name of Thomas Walker after and English merchant who was a patron of the Anglican Mission Society. 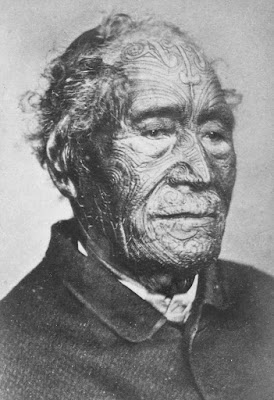 Nene had seen advantages of the Pakeha presence and was anxious to maintain peace. He spoke out strongly in support of the Treaty of Waitangi during the debate on 5th February 1840. He not only argued British intervention was needed to protect Maori from the lawless Pakeha and pointed out it was impossible to turn back time. While the Governor should be "father, judge, peacemaker" for Maori, their customs and lands should be preserved. His speech was a turning point of the debate and influenced many of those present to sign the Treaty the following day, him being among the first signatories.
Join us on Facebook at the Northland Heritage Group https://www.facebook.com/groups/1109709272401824/
Email Post
Labels: anglican mission society christ church hongi hika mangungu maori culture maori history russell tamati waka nene treaty of waitangi wesleyan mission